And We're in Amsterdam

Tuesday evening Rob and I boarded a plane and flew to Amsterdam.  He has a patch to help him with airsickness and I have my books and kindle.  We were as ready for an 8.5 hours flight as any two people could be.  Oh boy!  Okay. So maybe we didn't plan on our gate being the nearly as far away as possible and wouldn't you know that the baggage claim would likewise be nearly as far away as possible. 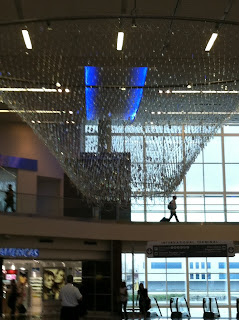 The trip started off well enough.  Joe drove us to the airport and, although we got turned around a bit, we managed to get to the right terminal and found our way to our gate. 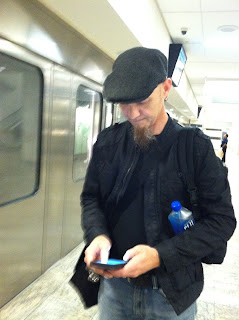 Rob is always multitasking.  I kept saying I needed coffee and he said he needed water.  See the water he has?  I still didn't have my coffee when I took this picture. 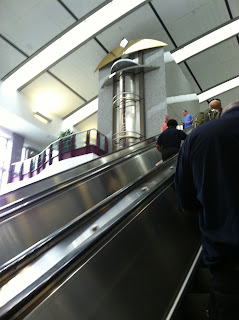 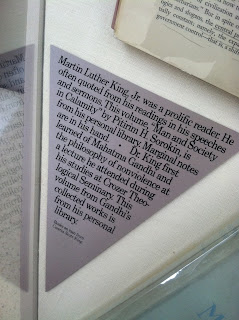 There was an exhibition of some of Martin LutherKing Jr's effects, including eyeglasses and one of the books he marked up.  I thought it was interesting to see his under-linings. 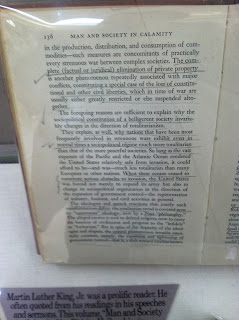 They also had a sheet of notes he made for one of his sermons or speeches. I forget.  Maybe I would have remembered if I'd had some coffee. 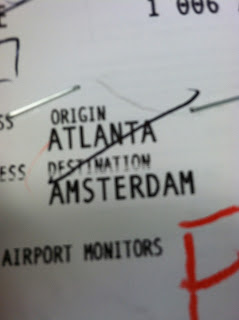 On our way through security, I was complimented on my hair color.  Rob has good taste in hair color.  Is it ironic that a man who shaves his head is good at picking a hair color? 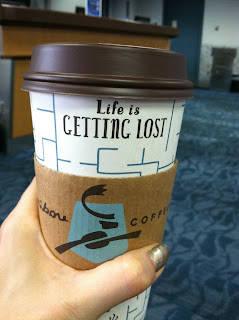 Finally! Coffee in hand.  But this message when I'm about to go to a strange country . . . maybe not the best message to be sending, Caribou Coffee. 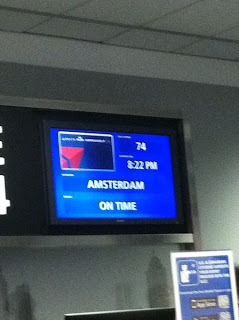 We were at our gate 3 hours early.  Good thing I had my books handy! 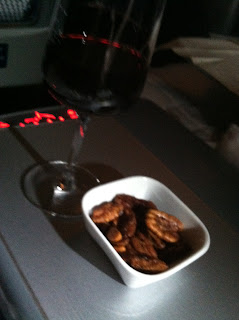 A glass of wine and some very spicy nuts.  I was sooooo hungry that I ate the nuts even though I don't especially like spicy things.  Rob was able to sleep. I, however, was not.  I watched a couple of movies:  Midnight in Paris and The Second Best Exotic Marigold Hotel.  And I listened to music.  I slept for maybe 30 minutes one time and another 30 minutes hours later. 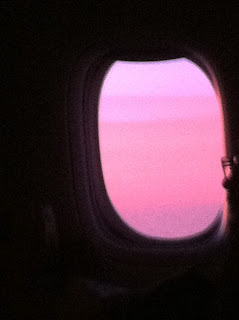 By the time a fellow passenger opened his window shade to look at the gorgeous sunrise, I was exhausted and envious of Rob who was able to sleep so thoroughly. 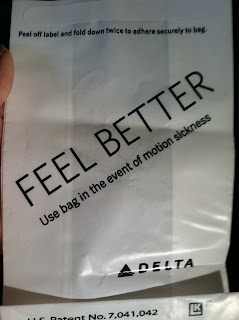 When I woke him up, however, the air sickness kicked in with a vengeance. 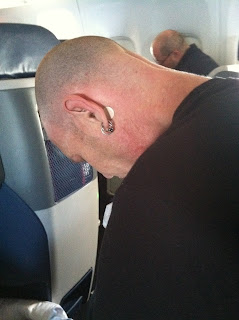 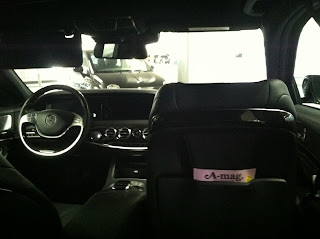 We made it to the car but Rob had to find a bathroom so I was left alone in the car waiting for him and the driver to return. I'm not one to linger around parking garages, even very active airport ones so, I confess, I was a little uncomfortable.  And the car was stuffy so I opened the door for some fresh air. 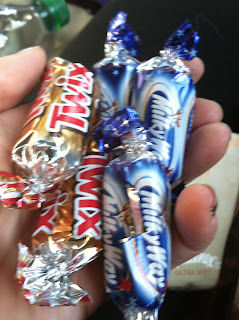 The weather upon our arrival was gorgeous and there was chocolate in the car.  Life is good where there's chocolate, right? 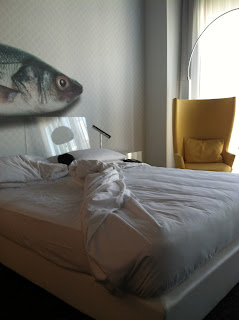 I didn't even get a picture of the bed before Rob had already crashed into it. That said, he didn't stay n the bed very long.  I'm just happy that the room was ready because he desperately needed to lie down.  Not that it helped.  I mean, I lay down with him but he was throwing up so frequently that I didn't sleep for more than a few minutes. 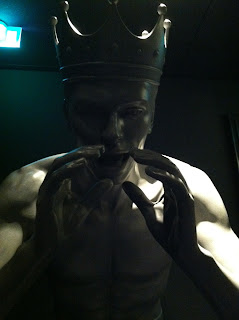 Our hotel is super quirky.  I'll share more photos as the trip progresses.  This statue is by the elevators. 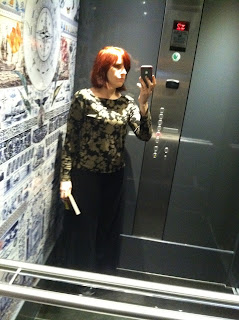 I love Rob and I'm sorry he's sick but I needed to get out of the room.  This is me in the elevator, heading downst 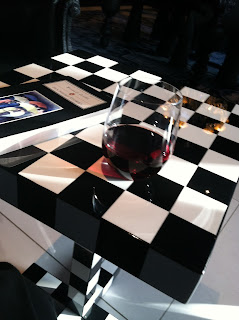 They offer free wine in the evenings and, since it didn't look like I was going to have any dinner (and I hadn't had lunch either), I needed to get away from the smell and sound of sickness.  The hotel used to be a library so there are books everywhere, including in our room.  I found Ten Short Stories by Roald Dahl in our room and took it down with me. 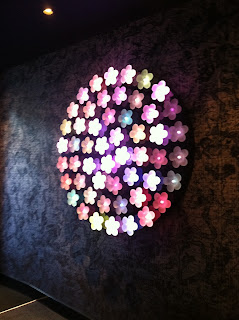 On my way back to our room, I passed this very flowery lighted display.

So our first day in Amsterdam was spent with Rob being sick, sick and more sick.  I went to bed very early but then the hotel manager called around 9:30 to make sure we were okay.  And I was awake until 1am.  And with Rob throwing up every 30-60 minutes, neither of us slept very well.  I really needed some uninterrupted sleep but that obviously wasn't about to happen.  Not on day 1 anyway.
Posted by Satia at 6:00 AM