I started the new year weighing more than I had midway through 2015 but still weighing less than I had in January of 2015 so I am saying, with confidence, that I will lose more weight in 2016 because I know what to do and how.

The success last year actually began the year before, 2014, when I was given the opportunity to do the No Excuses Bootcamp.  It was through this opportunity I learned about HIIT and began aggressively modifying even the most challenging routines. And from experience, I learned that even stepping out a high impact cardio workout could and would result in weight loss.  You may think that not jumping means you aren’t getting a good enough workout but I can assure you it works!

But when my free 90 days were up, I could not afford the program.  So I began searching for alternatives and eventually stumbled upon 21 Day Fix.  You’ve probably seen the infomercial in which seemingly impossible promises are made (and yeah, I didn’t lose infomercial amounts of weight) or that the food container system is a bit of a gimmick (it is) but what interested me most is that the workout has a woman modifying all of the moves.

Her name is Kat and she is the reason I took the chance and ordered the DVDs.  And this program works.  It’s amazing!  And my results were so good that not one, not two, but three people I know were inspired to give it a try.  Plus, Rob started working out more regularly as well, although he chose to use a different program altogether.

While doing 21 Day Fix, however, I noticed I had lost a lot of flexibility and decided to take another leap of faith.  I ordered PiYo and began doing it with 21 Day Fix.  I continued to have remarkable success with weight loss.  More importantly, my balance started improving.  I started off unable to do some of the things in PiYo at all but found myself, a few weeks into the program, surprising myself with my abilities.  I still used a chair to modify things—and the program has a wonderful woman (Michelle) modifying everything—but would occasionally not need to rely on it at all.  I mean, getting into Warrior III even once, let alone more than once?  Amazing!

So I was really happy with my progress and feeling stronger than ever.  I decided to really go out on a limb and invested in Jillian Michaels’ Body Revolution.  Yes, I was obviously feeling ambitious and I was making great progress with it throughout the summer until I injured my ankle.  Good news:  It wasn’t because of the exercise I was doing.  Bad news:  I had to stop exercising for a while.

You know something is wrong when even being in downward dog is painful!  But with a trip to Amsterdam on my immediate horizon, I had to rest because I really wanted to be able to walk around the museums.  (I still regret that Rob’s sickness precluded our going to the Hague but that’s a complaint for another blog post.)  A small sacrifice for a big pay-off.  I was able to enjoy the Rijksmuseum, the Van Gogh, and then in London we went to the National Gallery, the Victoria & Albert Museum, and hiked our way to the Burghley House.  So resting my ankle before the trip was absolutely worth the sacrifice.

When we came home, my ankle was still not pain free so I ended up choosing a workout that wouldn’t have me hopping, skipping, or even stepping my way to fitness.  I started doing Body Beast, using very light weights and never lifted anything more than 10 lbs but you can see more definition in my arms and in my legs.  But because there is very little cardio involved, I decided to do Brazil Butt Lift along with Body Beast.

Let me remind you, dear reader, I have a balance disorder and severe osteoarthritis and I am 53 years old.  I obviously take my physical fitness very seriously and am determined to be my best.

Anyway, I would have lost more weight in 2015 if I didn’t regain some because of the trip (so much good food while traveling!) and then piled on more pounds during the holidays.  And I’m sharing all of this for a few reasons.

One, I plan on writing the occasional post about my progress, what fitness programs I am using, what advice I have for others who are trying to be healthier/stronger/whatever.  For instance, right now I’m doing my last week of Body Beast, a 90 day program, and I’ll be starting a new one so I’ll probably have a lot of thoughts about it.  (Hopefully, I’ll love it, of course!)
Two, I know that I’m not the only one out there who is exercising with a balance disorder or exercising with osteoarthritis.  Therefore, I may also share suggestions for how to modify workouts to accommodate any physical restrictions you may have.  I am constantly having to switch things up, make a high impact workout a low impact one or touch a wall for balance.  I Accept where my body is on any given day and adapt as needed to allow my body to do its best safely.
Three, I am going to make a list of my workout DVD library and may write reviews for them as well.  Once the list is made, I’ll share it and, if there’s a DVD or program in which you yourself are interested, just let me know and I’ll write a review for it.  Of course, I’ll be writing from the perspective of my own “limits” but I think that will make the reviews all the more honest.  I am not an athlete.  I hate exercising.  And I do it in spite of myself.  Each and every day.

So now tell me, are there any workout DVDs and/or programs you recommend?  If so, why do you recommend them?  I’m curious.
Posted by Satia at 12:48 PM 3 comments:

I had big plans for the start of 2016, most of them contingent on my laptop and the using thereof.  Then something happened and my laptop stopped.  So instead of hitting the ground running, I stuttered and stammered.  First things first—I pulled out Ye Olde Laptoppe and am using it.  But this is a very temporary solution to what I hope is not a permanent problem because this poor thing is ready to be retired and cannot handle documents of more than a few pages, struggles to pull up websites, and doesn’t want to communicate with the printer.

Or perhaps it’s the printer that is being uncommunicative.  I probably have an ageist printer that has decided Ye Olde Laptoppe is too old to work cooperatively.

So 2016 started with a shifting of gears.  Now, this is significantly better than how last year started, with the chaos of renovations and all.  I am not complaining in the least.  In fact, I’m highly adaptable and shifting gears is a piece of cake.   Okay.  Who am I kidding?  I grumble with the best of them but eventually I begrudgingly accept things as they are.  It’s all about Acceptance, which is my theme for this year.  (I’ve asked my friends to please remind me when I’m resisting things as they are, especially when there are other people involved.) 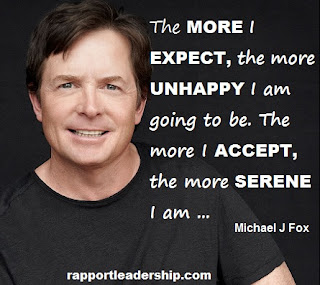 Why is it hardest to accept other people’s choices?   After all, I wouldn’t want anyone to tell me how to live my life or insist I follow their advice.  Of course, Acceptance goes deeper than that and I’ve been listening to myself a lot, the way I talk to myself, and I do not like what I’m hearing.  So this whole Acceptance thing really needs to begin with me.

Yes, even when I mess up Christmas, which I did.  I ordered gifts but didn’t double check the address.  Long story short, almost everything I ordered didn’t arrive.  It was heartbreaking.  Rob’s gifts, in particular, were few and far between as a result.  Thank goodness his mother sent him gifts or he’d have had barely anything to unwrap.  So yeah, a bit of a bah-humbug.  Still, I didn’t have to disabuse myself as I did during the holidays.  I am a flawed human.  Welcome to the club, right?

Christmas wasn’t all that was weird for me and mine; all of last year was.  It began with the renovations throwing everything into chaos and I don’t feel like I ever managed to get out from under it all.  In fact, I’m just now getting to where I am tackling the office, which gradually became so cluttered that I couldn’t even walk to my desk.  This week I discovered that there is actually a floor in there, and I’m so excited!  Who knew it would still be there?  I wouldn’t blame it if it had abandoned us altogether.

It’s going to take weeks, possibly months, for me to get the office where we need it to be.  Having it finished will herald a new era of sorts.  And this is the result of the renovations because one room’s change has rippled out to every room being changed.

What hasn’t changed is how Rob and I rang in the New Year; we made our usual decadent dinner, including caviar, Oysters Rockefeller, and steak.  Last year, we didn’t schedule any game days and Rob and I both wanted to rectify this so we have set aside the first Sunday of the month for our Game Day.  It’s always nice to have everyone come together.  It’s my sincere hope that this year we’ll have at least six such gatherings.   Of course, if that doesn’t happen, I suppose I’ll have no choice but to accept it, right?

So what do you have planned for 2016?  Any special resolutions or goals?  Intentions or expectations?
Posted by Satia at 6:12 PM 4 comments: