In Which I Write About Puppies . . . But First

When I first created this blog I created a "Quote of the Week" feature. And then I didn't update it weekly. Okay. Not very committed of me but I am going to make a valiant effort to rectify that beginning today. Woohoo!
For real transformation to occur,
theory has to be applied through practice. Yongey Mingyur Rinpoche
The Joy of Living: Unlocking the Secret & Science of Happiness
I read this last night when this tick tick ticking noise invaded my dreams and I ended up dreaming about a time bomb tick tick ticking before it . . . well, I woke up. But I digress. So often I hear people talk about what they believe to be true. What I rarely hear is people putting what they believe into practice. Or worse, when they put it into practice and they feel less peace, fulfillment, joy, love, instead of questioning the theory they questions themselves, their faithlessness, their weakeness, their failure. On the other side are those people who are beautifully and wonderfully fulfilled in their lives as they apply what they believe--whether spiritual, emotional, psychological, etc.--to their lives. These are the people who live what they believe regardless and these are the people who attract by example, who are charismatic in the deepest sense of the word. And now I share a little puppy story. Romanov and Snowdoll were in the kitchen playing, hoping that I would let them go outside where it is cold and so much more fun than on the slippery kitchen floor. Romanov lay down and pulled Snowdoll into a wrestling hold, which he does almost every time. She squirms her way out and immediately pounces back into the reach of his great big somewhat dirty paws. When this is not enough to get Romanov to get up, Snowdoll goes away. Romanov, curious as to why she would leave him falls for it every time, gets up and soon she will return with a toy (this time a Rabbit) in her mouth. Now she will taunt him with her toy, shoving it toward him, daring him to take it from her. But he likes to play it cool. Then Romanov does what little boys do when they are playing with little girls; he goes to get his own toy and begins taunting her with his Duck. Eventually the taunting ends because I surrender. Clearly I am not going to get any housework done with these two under my dizzy feet, especially when I only end up taking video of them with my camera phone. So I stop and we all go outside.
Posted by Satia at 5:45 PM 1 comment:

I am reading The Collected Works of Sylvia Plath by (duh) Sylvia Plath. There are two poems in the collection which were written on 4 April 1962--my birthday. So here is one of the two poems.
An Appearance
The smile of iceboxes annihilates me. Such blue currents in the veins of my loved one! I hear her great heart purr. From her lips ampersands and percent signs Exit like kisses. It is Monday in her mind: morals Launder and present themselves What am I to make of these contradictions? I wear white cuffs, I bow. Is this love then, this red material Issuing from the steel needle that flies so blindingly? It will make little dresses and coats, It will cover a dynasty. How her body opens and shuts-- A Swiss watch, jeweled in the hinges! O heart, such disorganization! The stars are flashing like terrible numerals. ABC, her eyelids say.

Aries Horoscope for week of January 24, 2008 "Write it on your heart that every day is the best day in the year," said essayist Ralph Waldo Emerson. That's my first suggestion for you this week, Aries. Now, while you're at the energetic peak of your astrological cycle, is a good time to cultivate a knack for identifying the specific gift that each day has to offer you. You will also resonate well with the cosmic rhythms if you make use of another Emersonian gem: "Every great and commanding moment in the annals of the world is the triumph of some enthusiasm." Where does your purest enthusiasm lie? And how will you use it to fuel your ascent to a series of great and commanding moments?

It is not what you think. Rather, I was going through the mail yesterday and there was a sales circular from Target and when I flipped through I saw two things I thought Rob might like. Now let me explain that Rob and I often see things we like but when the other person looks the response is not exactly enthusiastic. It isn't that we necessarily loathe what the other person adores but we aren't always mutually excited. Unfortunately, mutual or not, I am unemployed so these things will remain unpurchased by the two of us. Nevertheless, here is what we both thought would look nice in our home. 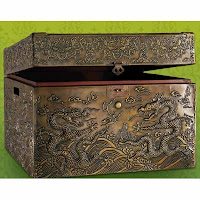 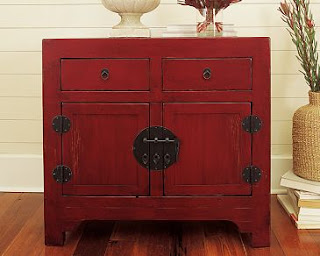 In Which Rob and I Finally Dance

One of the things I am supposed to do for my physical therapy is slow dance with Rob. The one other time we did he just hummed for a little while and then stopped. I know that everyone who has ever received a neck massage from a guy knows what happened. He started and just about the time it got good he stopped. So I said that we had to find a slow song to dance to and said he should pick. He said I should pick because he listens to loud, grrrr music. Okay. I suggest he at least narrow down the artists for me. I mean, he's right. I do listen to more mellow music than he does but if he names a few artists it would make the final choice that much easier. He finally went into the great room and grabbed the first cd he could--Frankie Lymon and the Teenagers. He hits play and the first song that comes up is Why Do Fools Fall In Love? "Is this going to be our song now?" He shushed me (!) and then we tried to slow dance to this happy bee bopping song. We could not find a rhythm which I am sure was partially my fault as I kept bouncing during the refrain. Then Romanov got involved and excited by our giggling so much. He started "air humping" but was interrupted by Snowdoll who bounded and pounced upon him. Luckily the song was over by then but it was a rather ludicrous attempt at a slow dance. I have a theory that the only reason Rob finally got around to slow dancing with me is that he's afraid of my physical therapist. Last week I NARC'd him out and told her he hadn't danced with me even one time. Now I can't say he didn't dance with me but the truth is . . . he sure did wait until the last minute since I'm supposed to see her this afternoon. She keeps assuring me that she is not a sadist but if even Rob is afraid of her, who would you believe?
Posted by Satia at 9:27 AM 2 comments:

In Which I Finally Find HER!

Mary and I went out on Saturday to see Juno. We stopped at the bookstore first so I could get myself a cup of coffee. While there I bought Rob a travel mug (a spare so we won't have to worry about his one and only one being clean immediately) and a new lift log (because a certain puppy who shall remain nameless chewed up his old one while I was in the bathroom).

We had a good time talking about life and relationships, friendships and such. I managed to walk independently, not leaning on her at all although I bobbled a few times. And maneuvering the movie theater on the way out was a bit of a challenge but we had prime seats so it was worth the bit of hesitancy I was feeling as I headed down the dark stairs. The movie was delightful and reminded me too much of myself, I suppose. I have decided that the actress, Ellen Page, should play me in the story of my life when it is made into a movie. Unfortunately, I haven't written the book yet and by the time I do she will be older so I suppose if I were to write about the story of my life from when I was married she might still be young enough to play the role. And yes I realize she is older than she looks but anyone who knows me can say the same about me so she really is almost too perfect for the part.

We braved the harsh weather because it was actually snowing again on Saturday. Crazy. But pretty. One of the things Mary and I discussed is Snowdoll, our new puppy. Last year Mary invited a new puppy of her own into her life and home so she shared with me from her experience about how Lucy refused to let Jade not love her and how a new puppy will totally disrupt every bit of routine you have in your life. No kidding! I am still trying to figure out how to work my morning yoga into my morning and getting Romanov and Snowdoll to setttle down is more challenging than getting my children to settle down. (That is a total exaggeration, btw, because my children rearely gave me a moment of peace. I woud be thrilled when two took a nap at the same time, let alone all three!!!)

We both came out of the movie like the soundtrack. If I had a job I would probably make a point of buying it but I am being the responsible adult in my life and having to make conservative choices about how I will spend my money. *sigh* I hate being a grown up and really want this cd!!!
Posted by Satia at 9:40 AM No comments: