Hurry Down Sunshine by Michael Greenberg 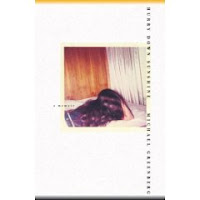 Hurry Down Sunshine is Michael Greenberg’s candid, often brutal, account of his daughter’s slipping into psychosis.

The first part of this three part memoir carries the reader through the events that lead up to the hospitalization of his only daughter Sally. The pace is frenetic, and the immediacy of things is exhausting. Details of Greenberg’s life, his first marriage, where he lives, what he and his wife do for a living, even the child custody arrangements, are all woven seamlessly with the sudden necessity of getting Sally the help she needs.

The second part of the memoir slows down as Greenberg delineates the details of the experience and the people encountered, other patients and family, including the more extended family of his own—a brother who has his own form of mental illness, his ex-wife, and his own mother. All dance in and out of the story of Sally’s meltdown and healing while in the hospital

The third part has the daughter coming home and how Greenberg and his wife cope with the demands that are made on them while caring for a still struggling Sally is not always flattering but consistently honest. As Sally strives to return to her life before the summer, one day needing to return to school and another convinced she cannot do so, the reader feels the same ambiguity between hope and despair, trust and doubt.

At a time when published memoirs are a dime a dozen, practically speaking, it is difficult to find ones that offer something new. Greenberg’s willingness to share from his experience, one that most any parent would struggle to survive let alone revisit in writing, is remarkable. While I have faulted other memoirists for avoiding their emotional responses to their circumstances, Greenberg’s sometimes removed account is more emotionally charged than a mere listing of the details. As he describes historical and literary examples of people who struggled with manic depression the reader understands that these intellectual distractions are anchoring this father who is struggling to find answers to questions he is afraid to ask. Is he responsible, somehow? Should he have seen this sooner? What could he have done differently to keep from losing his daughter? Even the most banal or horrifying news reports are not enough to do more than contextualize the details of how this family fights to hold themselves together when one of their own is falling apart.

This is not an easy book to read, although it is easily read. The subject matter is harrowing to anyone with a child. Nevertheless, I would recommend it to anyone interested in knowing more about how mental illness has repercussions that go far deeper than anyone could imagine.
Posted by Satia at 2:43 PM No comments:

Quote of the Week, No Puppy Pics, and more

We have long forgotten that activities can be simple and precise.
Every act of our lives can contain simplicity and precision
and thus can have tremendous beauty and dignity.
Choyam Trungpa

In my job search, I come across the phrase “multi-tasking” repeatedly. This skill is highly prized. And this is one of the reasons I have been promoted and/or cross trained in almost every job I’ve ever had. I am a multi-tasker by nature. However, I have learned during my illness and through my yoga and Qi Gong practices that there is much to be gained in focusing on one task at a time. In fact, whenever I begin to feel stressed I quickly realize that it is because I am trying to do too much rather than focusing on the one thing that is most necessary. I wonder what would happen if a business valued someone’s ability to focus on one task over another person’s ability to do more than one thing at a time? I wonder if there are any jobs like that outside of a monastery. Where are all the puppy pictures? They have gone the way of my cell phone. Until we replace my cell phone, I am without the ability to take pictures. (I have a digital camera but we can’t find the cord to connect it to the computer so that won’t work.) It is very frustrating because the puppies are getting so active that there are some wonderful pictures I could and should be taking. More and more of them have erect ears now but some do not. One has a half and half look happening, with one ear still flopping down and the other perky. One puppy is looking more and more like Romanov did when he was a puppy and another is looking more and more like Snowdoll. Two of the puppies are the playful bullies, meaning when they wake up they will start playing with whatever puppy is closest, even if that puppy is sound asleep, until they find someone willing to play with them. There are two puppies that a bit more the loner types. I often find them in the bathroom, where the filing keeps the floor cool, away from the action in the kitchen. I think they do that to avoid the abuse of trying to sleep when others want to play all day long. So as frustrating as it is, and it is, I can’t share pictures I haven’t taken and nobody else takes as many pictures as I take. Hopefully I’ll have a new cell phone this weekend.

Work can be hazardous for the actors who portray cartoon and fairy tale characters at Disney theme parks. The U.S. Health and Safety Administration reports that one-third of them have suffered on-the-job injuries. A prime cause of the mayhem: kids who kick and punch, sometimes out of misplaced exuberance and other times out of Lord-of-the-Flies-style malice. I wanted to preface my advice to you with that story, Aries. Your assignment this week is to summon the angelic 85 percent of your inner child to come out and play. As for the other 15 percent -- the part of your inner child that might be inclined to pummel Mickey Mouse or headbutt Cinderella: Keep that rascal under wraps.

Read Me from Milk Products on Vimeo.
Posted by Satia at 10:58 AM No comments:

The Golden Notebook by Doris Lessing

The Golden Notebook by Doris Lessing is one of those iconic novels, often cited as seminal. In the introduction, the author explains that she receives many letters from readers who identify with different facets of the novel. Some read it as a feminist text while others as a Marxist text and still others focus on the psychoanalytical qualities of the story.

After reading the novel, I am unsurprised by the disparity in the various responses. Lessing wrote the novel in a time when readers (and writers) were becoming more comfortable with stream-of-consciousness writing, and the author makes demands on the reader rarely seen in more contemporary literature. There is the main story, the “real” world within the context of the novel. Here we have Anna Wulf, her friend Molly, her daughter Janet, Molly’s son Tommy, and a few others who come and go. But Anna is a writer and so there are also sections from Anna’s four notebooks. Each notebook is a different facet of Anna’s life. In the black notebook she writes about her time in Africa. In the red notebook she writes about her communist sympathies and frustrations with the party. The yellow notebook is for her fiction and it becomes quickly apparent that Anna draws a great deal of her creative inspiration from her real life. Finally there is the blue notebook in which Anna writes about her dreams, her life, etc.

That Anna has divided the details of her life into different notebooks communicates to the reader how fragmented Anna herself is. The pace of the writing become frenetic the further the reader goes. And Lessing does this to such powerful effect that I had to put the book down often, to break myself away from Anna’s spiraling breakdown. This is an ambitious novel and it succeeds far more than it fails.

This novel is also very much a novel of its time. The feminist issues seem somewhat dated. The Marxist sympathies would probably be harder to understand if the reader didn’t take the time to contextualize the era in which Lessing was writing. And the Freudian approach to psychoanalysis, accompanied by some nearly homophobic statements, almost make it possible to dismiss this novel altogether.

However, for all that it was challenging to read and difficult to connect with the fragmented protagonist, I kept marveling at what Lessing accomplishes. Throughout the reading, I was left breathless and if it had not been for the fragmentation of the story, if it had been an easier and more linear read, I probably would have read it more quickly. Ultimately, if I were still in college, this is one of those books I would likely ache to write a paper about just so I could reread it.

NOTE: Here is an article by Doris Lessing about her book and it is well worth reading her discussion of her own work.