The Divine Matrix by Gregg Braden 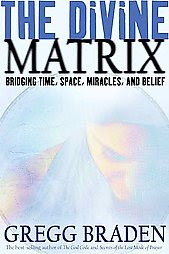 The Divine Matrix: Bridging Time, Space, Miracles and Beliefs by Gregg Braden is a book I should not have bothered to finish. I kept hoping that some miracle would occur, that the text would offer some wisdom or insight that was not predictable and unfounded. Unfortunately, neither occurred and, by the time I had reached the end of the book, my patience was beyond its limit.

For those who love The Secret or are Abraham-Hicks aficionados, this book is probably a marvel, fully of scientific evidence to prove beliefs. Unfortunately, many of the citations Braden offers are off internet websites, not the most reliable resource, to say the least. Furthermore, he references experiments as proof which he does not support with citations and for which I could find no support. Yes, not even on the highly unreliable internet. What frustrates me the most about reading a book like this is that I do not know enough about DNA or quantum physics to argue his presumed facts. I do, however, know enough about logic and arguments to recognize a poorly documented text that takes liberties with proofs and with an author who makes sweeping applications with insufficient evidence.

I found myself constantly thinking of this wonderful cartoon I read ages ago which amuses me to this day. I kept waiting for Braden to say, “And then a miracle occurs.”

A perfect example of his making unsupported statements is found on page 164: Scientific research has shown that as we change the way we feel about what’s happened to us in our past, we change the chemistry of our bodies in the present. Ironically, I have read books by researchers that support this statement. Unfortunately, Braden couldn’t be bothered to find a proper citation for these words. Instead, he cites Akashic records and Coptic and Gnostic texts as if they are empirical evidence of the theories he presents as hard truths.

I have no doubt that a scientist would rip gaping holes through each and every page of this book. I am confident a skeptic would not have the patience to suffer through the silliness of it all. I am neither a scientist nor a skeptic. I am just surprised that books like this are not only published but successful. But for those people who adore New Thought ideas, this is the sort of published nonsense that will reinforce their beliefs beyond any reason. 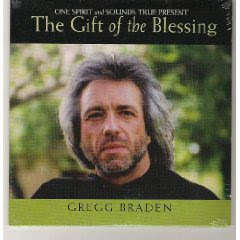 I also have a cd, The Gift of the Blessing, that complements the book in which Braden leads the listener through the reason for blessing others and how blessings work in our own lives. I tried to listen to it with an open mind, allowing myself not to superimpose my disgust with his book over the content of his cd. So when he alludes to the scientific evidence that supports his claims, I didn’t need him to reference each one as if he were footnoting himself. If he had done so, the cd would quickly become a tedious lecture to which nobody would want to listen. When he finally leads the listener through a guided prayer of blessing I found myself thinking that what he was saying was not unlike the Metta meditation that is practiced by Buddhists. This is not a judgment on Braden. After all, he repeatedly reminds the listener that what he is describing is not something new but very ancient, a mystery lost along the way. Oddly, at the beginning of the meditation he asks the listener to repeat the prayer/blessing phrase by phrase but before he is finished he is stringing phrases together and not allowing time for the listener to repeat. That's not crucial either and I continued to listen and follow along. However, when he talked in vague allusions to what his book calls “the divine matrix” and then said, “This is what Western science calls ‘the mind of God’” I’d had enough. More than enough.

While there are certainly scientists both in the West and East who believe in God or some form of higher intelligence, for Braden to suggest that any of these scientists believe that there is proof of God is insulting to anyone’s intelligence. At least it is an insult to mine and I had to stop listening. Too bad I didn’t have the foresight to listen to the cd before I wasted time reading the book. Thankfully I had the intelligence to stop listening when Braden’s words became intolerable. I'm almost positive, had I listened to the cd before opening the book, I'd have saved myself a lot of frustration and time by not reading his book at all.

Apparently, I am not alone in finding Braden's pseudo-science insulting:
http://skeptico.blogs.com/skeptico/2005/04/zero_point_to_g.html
http://nibiruchallenge.blogspot.com/2008/06/gregg-bradens-mystery-of-2012-highly.html
I don't think that Braden is a fraud, frankly. I think he honestly believes all of what he says, is self-deluded, and is deluding others as well. He comes with seemingly relevant and adequate credentials. It's unfortunate that he does not or cannot live up to them. Or maybe I'm giving him the benefit of the doubt. After all, perhaps he sees through this nonsense but is willing to live a lie and promote himself through it all. Who knows?

(A side note. Normally when I read something like this that is purported to be "nonfiction" I label it as such. I cannot, in good conscience, label this book as nonfiction. I think that says more than even my review.)

EDIT:  I found this infographic and immediately thought of this book review.