6:00am I am awake. No. I am up but no way this is “awake.” Coffee started, dogs out for fun, and email written and sent to friend in grief as I sip on a white chocolate raspberry latte. 7:00am Not awake. Not yet, anyway. Stuffing started. I’m pretty convinced that I shouldn’t be allowed to cook when I am not awake. Started Rob’s breakfast but realized we have the wrong biscuits. Luckily he’s up (also not awake, however) so he’s off to the store to buy some biscuits and a bottle of merlot. Last night, we talked about how we’ll both need to take naps and we think we have a plan in place for the inevitability of our needing more sleep. We’ll see how that goes.

I’ve a theory that there is a Mutual Napping Energy. This MNE results in one slightly nappish person lying down beside another nappish person and both of them waking up three hours later realizing that they have slept the day away. So our plan is to not lie down together at any time on Thanksgiving. Instead, if we must lie down when someone else is already lying down, we’ll have to wake the other person before we can rest. Hopefully, neither of us will lose hours of our day in a “quick nap.”

8:00am Breakfast is in the oven and the dogs are out the door once again. I seem to be bouncing between cooking and sweeping, cooking and sweeping. The dishwasher is already half full so it won’t be long before we’re doing a load of dishes. And the pumpkin pie is put on temporary hold because we don’t have enough vanilla. Good thing Marc is going to stop by the supermarket on his way back from fetching his sister. Now if only he were up and out the door. 9:00am And the Macy’s Thanksgiving Day Parade begins! Seriously . . . who thinks up the people who will be in the parade? Sometimes I just find myself in pain trying to wrap my mind around the choices. But yay balloons! The kitchen floor has been partially mopped. The dogs are a bit befuddled by all of the activity. And Rob is soaking his legs to relieve some of the pain as I wait for Marc to return from his errands.

10:00am I’m already tired. Not cool. I knew I would be. Up too late last night and trying to wake up early enough to get everything done. Orange rolls are done and were eaten all up before the hour was up thanks to the arrival of Rei and Marc. With the necessary vanilla extract in hand, we were able to put the pumpkin pie in the oven. While the pie is in the oven, the turkey is thoroughly stuffed, as we all shall be later. 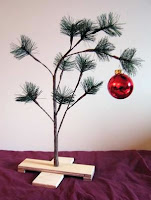 11:00am Pumpkin pie is done (one of four desserts!) and the turkey is in the oven. Time for me to lie down and rest a bit. Better to rest a bit throughout the day and try to forestall as much vertigo as possible, than to find myself too tired and falling down. Oh, and the Charlie Brown Christmas tree is on the dining room table. Yayayayayayay! Noon For whatever reason, I did not sleep but I was very comfortably and felt fully rested as I was lying there. Got up and showered and before trying to find something to wear—given that nothing fits, this was not easy nor fun. *sigh* Settled down to watch the dog show and then turned it off when they didn’t take the time to show every dog in each group. Have they always done that and I never noticed before or did I notice this time because they didn’t walk the husky or the Samoyed? I don’t know. Switched things to Home Alone in one room and football in the other.

1:00pm Rob is lying down so I have another cup of coffee and wash the dishes. Then I decide to at least wipe down the windows a bit because of the puppy nose prints from the several times they were staring out the window even though they know they aren’t supposed to do climb onto the furniture to look out the window!!! I also talked to my mother who is having family over. Tried to wake Rob at 1:30 as he requested but he didn’t want to get up. Grrrrr . . . 2:00pm I want to lie down a bit (it’s a windy day which is always bad for me) but Rob is still lying down. So I start cooking the veggies. Good thing. The turkey should be done at 4pm but decides to be done about 15 after 2pm. (This is actually typical because, no matter how late I time the turkey, it is always ready between 2 and 3 no matter how large or stuffed it may be. In this case 17lbs, fully stuffed, cooked in 3.25 hours. *sigh*) Scramble scramble scramble to cook the veggies, rolls, potatoes, second stuffing, gravy, etc. Rei and Marc are laughing at me. Grrrrr . . . 3:00pm First round of company is already on their way. Too late to lie down. Besides, dinner is served. Sooooo . . . everyone piles up plates and yumminess ensues. 4:00pm Greg is here with his lovely daughter Rosemary. She is a sweet thing, insatiably curious. Smart. Seeing Greg was wonderful. Rob received a few cancellations from people who normally come but I wasn’t too terribly disappointed. I was enjoying myself too much. 5:00pm Transition from Greg leaving with Rosemary to Chris arriving with his girlfriend Joy. More eating and relaxing. Lots of talking. I did manage to lie down for a few minutes before they arrived. I also changed into something a little more comfortable to wear (because it was beginning to get cooler so I had to change into longer sleeves). 6:00pm Matt and Adam arrive, later than usual. Hmph! But more eating occurred. Dessert time! They hung out in the great room with Rei and Marc. Rob, Chris, and Joy were in the living room. I bounced between rooms. 7:00pm to 9:00pm Still bouncing between rooms, watching football then Buffy then Charlie Brown then more Buffy. Then goodbye to Chris and Joy. 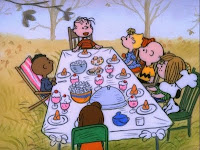 9:00pm Matt and Adam leave. Marc leaves with Rei. Is everyone else as exhausted as I? 10:00pm Rob goes to soak in the tub. Marc returns. I think it’s safe to say that the dogs are as excited as I am because they are not bothered by Marc’s return, aren’t moving, mostly lying where they are. I’m not even sure they are opening their eyes as we walk by. 11:00pm Why am I still up? I’m going to bed. You know, I could think about the disappointment about those who chose not to show up but I really had just about the most perfect day. Not absolutely perfect. And that’s okay. The nicest thing . . . so many nice things really. Having Rob there to help me every step of the way. (We were even cooking in the kitchen together at times, moving around one another and not getting bothered when the other got in the way.) Marc was working on some papers so he was in his room most of the time. Rob managed to keep his levels under control, which is remarkable given that today’s eating/schedule was not typical. Although I would have loved to see more people (even more of the people who normally are here but didn’t show up this year), that’s mostly because we still have so much dessert lying around. I sent the pumpkin pie home with Rei but we still have three unfinished pies. (I am not going to weigh myself tomorrow. I simply refuse.) We don’t do Black Friday. Tomorrow we will take the dogs to the dog park to let them burn off any energy they might have. Likely, they will still be too tired from today’s excitement to be bothered with to harass the other dogs. One never knows.
Posted by Satia at 11:30 PM 4 comments:

Say Everything by Scott Rosenberg

Say Everything by Scott Rosenberg is a book that tells the story behind how blogging began, how it evolved, with an emphasis on the technical side of things rather than the personal. The book begins with a post made very shortly after the first airplane hit the World Trade Center, a moment I remember blogging about myself on my livejournal. Rosenberg then backtracks to the days of ASCII and dial-up to a cybergeek, Justin Hall, who started writing a blog before the term “blog” even existed. Want to know how businesses eventually realized the marketing potential of blogging? It’s here. You want to know why Blogger was developed and some of the small-business drama that occurred behind the scenes? You’ve got it. Do you want to know more about how Heather Armstrong’s experience resulted in the term “Dooced”? It’s here, summarized but with enough detail to keep the content compelling. It is not until the last part of the book that the sociological implications of blogging begin to be addressed and there really isn’t enough history behind the idea of blogging to allow for a long term exploration of what impact blogging really has. When someone is being threatened or attacked online, what is a reasonable response? Is a threat made online different from or the same as one made face-to-face and/or in a handwritten note? What are the repercussions of anonymity not only on the community as a whole but on the individual who is choosing to be someone else online? Without apology, Rosenberg has a bias in favor of the benefits of blogging, contextualizing his argument in the arguments against the telephone and television, both of which were met with warnings of the potential damage these inventions would invite into the community. He also reminds the reader that websites come and go, which most readers would probably already know. Over all, I found this an interesting book, one that will serve as a resource for future writers who wish to look at how blogging has either devolved, evolved, or simply stagnated. In the meantime, blogs will come and go. Personally, I agree with Rosenberg when he says that they are here to stay—for better or worse.
Posted by Satia at 6:31 PM 2 comments: