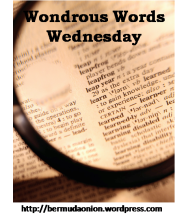 Sometimes he talked like a linthead and sometimes like a professor. (20)
a derogatory term for an employee of a textile mill, particularly in the Hill Country of the American South. The term came into usage in the early twentieth century. Lintheads were and are primarily white southerners that are either the progeny of or themselves tenant farmers.
Definition from this website.


Obscurantism (noun)
1  opposition to the spread of knowledge; a policy of withholding knowledge from the general public
2  a style (as in literature or art) characterized by deliberate vagueness or abstruseness
Definition is from this website.


Obviously, this is a political rant from a character who feels disenfranchised.  The novel takes place during the Great Depression and in rural Georgia so the times are volatile and difficult.  Not unlike how things feel now, although we are far more affluent, even now, than we were then.  I love that this man uses a word like "obscurantism" because it certainly can't have been aimed at clarifying his meaning.  I love the irony of it and, for that reason, although I knew the meaning I simply had to share it.
He watches the slow agglutination of capital and power and sees its pinnacle today.  (182)

Definition from this website.
I made chicken and dumplings the other day and used a gluten free biscuit mix.  Big mistake.  Most of the dumplings dissolved because, without the gluten, there was nothing to hold the dough together.  Talk about your life lesson. So there you go . . .

One doesn't have to look far to see the coming together of capital and power in our nation.  We are, after all, a society founded on the ideals of capitalism.  But we live in interesting times and there are increasing numbers of "Occupy America" protests rising.  Because I don't have a facebook account (or a twitter account, even), I have managed to avoid much of the political debate about what is happening.  Are these people justified in what they are doing?  Will what they are doing make a difference or change anything? I have my own thoughts about these things, of course.  However, give or take a few moments, I try to keep my political opinion to myself.  It's not a topic I choose to debate.


Scrouge (verb)
to squeeze, crowd
Definition from this website.
Don't you love finding a new way to say something?  I mean, McCullers could have said scrunched, curled, tucked, or any other number of things.  But here is this new word to use.  It is a regional word so I suppose one would have to be justified, somehow, in choosing to say scrouge over something else.  Still, more options are fun.

Also fun is the the post I read that went along with the photograph I found.  It's an old entry but I enjoyed reading it.


While it was still dark she and George went out on the sidewalk and cracked nigger-toes and shot fire-crackers and ate up the whole two-layer box of cherry candy.  (216)

I truly didn't want to look this word up because I don't like to use the word, see it, type it, etc.  In the context of this book, I would not censor nor change the word choice.  I still find it horribly distasteful, however.  Remarkable given how little in language offends me.  This and a few other things seem to cross a line.  I guess even I have my limits.  Besides, I'm not that crazy about brazil nuts anyway.
Posted by Satia at 9:20 AM 7 comments: