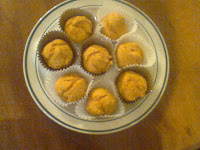 This is the only change to the plans I had made for our usual feast.  We have replaced the mashed potatoes with mashed sweet potatoes but that is a part of Rob's Thanksgiving tradition which means, for me, everything else was par for the course.

Well, except for Marc not being here.  With Marc here, we would have had to have one more pie for dessert.   No Marc means only two pies required.  Whew!  The guest list, otherwise, included all the usual suspects:


Then the sickness started happening.  Sunday, I was Bibisitting because both Erin and Joe were feeling icky.  I was worried that it might ripple into Thursday and, sure enough, this morning, that is precisely what I was told; Erin is worse and Joe is feeling not so well.  And the question came up:  Would Matt have to stay home too because he caught whatever it is the two of them were sharing?

Luckily, my mind was distracted with things for I had a meal to start preparing.  The menu has fallen into the following:
It is surprising how easy this meal has become for us.  Shira no longer eats poultry so she brought along some tofu and Rob added mashed potatoes to our menu a few years ago.  Nonetheless, we have been able to interject these changes without adding any stress to the cooking/baking/etc.

Poor Joe and Erin were both too sick to come for dinner and we didn't even know if Matt could or would be here.  If Matt didn't come then we expected that Adam would not show up  But Joe thought Matt be catching what they all had.  We also were confused by Chris saying he was bringing "Sarah" and we didn't know if this meant his ex girlfriend or a different Sarah.  Or even Sara.  I mean, the possibilities . . .

By noon we had narrowed things down not in the least except that Joe wanted Bibi to spend the night and would be dropped off around 7 or 8.  Her bedtime is 9pm so you can imagine how I was not especially thrilled to learn that I would have so little time with her.  But that disappointment only lasted a moment or two or three before I had once again readjusted things.  We would cook all of the food as planned and bring Joe and Erin plates loaded down with whatever yumminess we could provide.

Matt showed up bearing Bibi which is why we readjusted again.  What's more, we learned that Chris was definitely coming over later and with Sarah.  Okay.  So we still had no clue who/what this meant but we were on a roll.

For once, dinner was ready right on schedule.  Remarkable because, regardless of how many times I verify the math, the turkey will be perfectly cooked at 3ish.  So how did I manage to get it right this time?  Apparently the key is to turn the oven off for no apparent reason. I don't even know when I did it. Or why.  But it was off when I went to baste the bird so we turned it back on.

Too bad I don't know when I turned it off because now we know the secret . . . we just don't know the timing.

Chris and Sarah were later than originally expected but they arrived in time for the second round of Blokus.  They joined us, as did Shira.  We had also played Candyland.  (Meanwhile, over on facebook, I have an event scheduled for New Year's Day for a game day.  We've had to cancel the last few because Rob had an opportunity to work and when opportunity knocks . . . )

Sarah, as it turns out, is someone we've met before and she is a nanny with preschool experience.  (For the record, not Sarah-the-ex.)  Naturally, she and Bibi were almost immediately off in the other room, having fun. Bibi is a charmer. I've never seen a child more able to allure.  No.  That's not entirely true.  My FF Noelle had a daughter who had the same degree of charisma.

Putting Bibi to bed was a piece of cake although she does have her moments of wanting a glass of water and one more bit of our attention before she finally falls asleep.  Rob took Shira home and Matt took home some plates for Joe and Erin.  (At least I think they got them.  Matt kept threatening to eat them himself.  Can't blame him.  Dinner was awfully delicious.)

If you were paying attention, you might notice that Adam didn't show up.  I even sent him a couple of texts but no response.  Matt mentioned a girlfriend so my guess is she took precedence over tradition.  I'm still hoping he'll manifest for Christmas but I'll be less inclined to hold my breath now, I suppose.  Chris and Sarah stayed late, with wine and more wine being poured while we talked about all sorts of randomness until it was too late and they chose to leave.