Mother's Day and Other Mayhem From This Week

Mother's day was surprisingly wonderful. I say "surprisingly" because up until Thursday I didn't really know what we were going to do. And the fact that Romanov had one of his worst seizures (more on this later) ever added to the general sense of maybe it's being less than stellar. 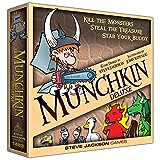 Shira was here and when Matt, Erin, and Bibi arrived the fun began.  We had pizza.  We had cake (all of the following was sugar free:  chocolate cake with white chocolate mousse filling and raspberry spread between the layers, frosted with raspberry flavored whipped cream).  And we played board games.  Unable to even figure out the rules for Asara we defaulted to Munchkin.

And everyone played.  Actually, that isn't how we started.  We started with trying to play a game with Bibi who was in rare form.  I mean, seriously.  She is such a delight most of the time and for some reason this time she was cranky.  We're actually used to her crying while she's here because we either manage to wear her out or her parents try to take her home too soon and she cries because she wants to stay.  But this was different.  Four or five times she started crying and would storm off but it never lasted very long.  At one point, she even became a pillow-head, much to everyone's delight, no less her own.  Later, much later, Joe joined us.  He had some pizza but did not have any cake because he doesn't like chocolate cake.  He's a poopy-head, not to be mistaken with a pillow-head.

The evening ended at a fairly decent hour.  So when Rob and I both went to bed, we were mutually exhausted and ready to crash.  Which is why I should have fallen asleep without any problem.  But I didn't.  Instead I had insomnia.

And it didn't go away until Wednesday when I finally broke down and took something to help me fall asleep.    Just in time for Romanov to go to the vet and have a second prescription added to his daily routine.  And this is where things began to get hairy because we knew that the new medication would make him dopey but he got too dopey.  So dopey, in fact, that he was beginning to have problems with walking and moving.  It was alarming and by Saturday I had to help him up the stairs.

Which is why on Saturday I looked more closely at his prescriptions.  As it turns out, they are both prescribed to humans and I have a pharmaceutical handbook so I can check drug interactions.  There is nothing alarming to note about these two drugs and how they interact.  However, the drug we've been giving Romanov for a while can cause seizures.  (If you do not have one and you or someone in your home takes more than one medication, I highly recommend purchasing a copy of this book.  You don't have to buy the newest/updated version unless you are working in the medical industry.  This is just one of those invaluable resources often overlooked by people.)

While it is reassuring that the veterinarian said Romanov doesn't have epilepsy (he would have shown signs much younger) and doesn't have a brain tumor (we would have seen personality and/or behavior changes), I have to wonder if there isn't a correlation between the drug and his manifesting seizures now.  I am remaining calm and plan on contacting the vet first thing on Monday.  In the meantime, he isn't taking anything to make him relax because he's so out of it now, we might put him in a coma.  Okay.  I exaggerate but it is heartbreaking to see him unable to stand up without a serious struggle.

Because of the lack of sleep and mild distress over Romanov, my studying did not go as well as I would have liked.  In the background I had Deadwood playing which, after the sublimity of Downton Abbey was dirty and vulgar.  And I can see why my mother couldn't watch it past a few episodes and why it was canceled after only a few seasons.  Frankly, the performances were wonderful but I've a feeling that I will quickly forget most of it.  I won't forget the actors but the story was so overwrought and melodramatic, predictable and dull in spite of the endless attempts at titillation.

On Saturday, Rob's friend Bethany arrived in town and she will be here for a couple of days because there's something big happening on Sunday.  Well, it's big for Rob and Bethany.  Not so much for me.  But that will haven't to wait for next week's post, which should be an interesting one.  I mean, right now I know I'll be writing about
In the meantime, enjoy this because it pretty much sums up why I disliked the first novel so much and only suffered through the first movie because a friend really, really wanted me to see it.  I did and disliked it only slightly less than the novel--probably because it took less time to watch the movie than it did to read the boo.