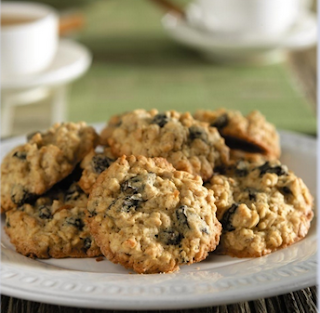 By the Time I Was Done, Nearly Midnight


So my tour of jury duty was uneventful.  On Monday I went in and we were all sworn in.  I actually only raised my hand because I could not, in good conscience, swear by God that I would uphold whatever.  I mean, if I’m inclined to lie, I’ll do so, regardless of what I believe about God.  And if I do not want to be fair in my judgment faith or lack thereof is not going to make me be what I am not.

If belief in God sufficed, how many court cases would we have on any given day or even in any given year?

There I was with my insomnia, trying not to let it all get to me. I managed to sleep Sunday night and again on Monday night.  So Tuesday I tried to be productive, knowing that I might be asked to return to court on Wednesday because that Monday we were divided into panels and the first three were called to duty on Tuesday.  Since I was in the seventh, I doubted I would be called in until Wednesday.  I actually avoided it until Thursday.  But not the insomnia.

As it turns out, the case was settled out of court and we were all sent home before lunch.  And for this I will have earned $25.  It could have been worse. I could have gotten a serious case that led to my feeling guilt ridden for the rest of my life. It was state court, however, so mostly traffic violations, civil suits, no divorces or child custody things.  Certainly no murders, which is a very good thing.  I live in a death penalty state and I've a feeling my being on the jury would be problematic.

I like to think that the reason I did not serve on a jury of my peers is because I'm peerless.

I had insomnia again and again and again.  I managed to get 2 hours of sleep between Thursday and Saturday.  I stayed up until I was sleepy on Saturday, past midnight.  That worked.  I actually slept for nearly 7 hours.  Interrupted hours because I remembered something I needed to correct, got up and fixed it, and then went back to bed.

Between the insomnia and the jury duty I was not doing well.  Falling behind in everything, unable to focus, exercise, do much of anything at all.  I was a zombie.  (Look!  Cute zombie adoring a cupcake.)

And here it is nearly 11pm on Sunday and here I am writing a blog post.  I think that says where I am today as clearly as anything else.

All week I would read a page or two and then just sort of fade out altogether.  I would pick up something to do and then put it down in another room, forget where it was.  Then I would remember I needed to do something that had nothing to do with what I couldn’t find anyway so I would go do that only to zone out and just find myself sort of staring, you know, mindlessly.

And tonight looks like more of the same.  Rob works tomorrow and I will just have to study, a page at a time, two pages at a time, until I have finished the notes I need to take for the chapter I should have finished two weeks ago but couldn’t because I couldn’t sleep.

It’s a vicious cycle.  Stress makes it hard for me to sleep and no sleep results in my being unable to do the things I need to do.  I can't study or exercise properly.  The pressure of falling behind on my studies makes it more stressful for me and so I lose sleep and . . .

I think my sleep is broken and so far nothing has worked.  I’ll be giving valerian a try again tomorrow.  And if that still doesn’t work Tuesday I’ll take some Tylenol PM knowing it will work but I won’t be functional the next day.  By then it won’t matter. If I haven’t had more than an hour or two of sleep by Tuesday, I won’t be able to function on Wednesday anyway.  So taking something on Tuesday won’t make my Wednesday any more pointless than it would be otherwise.

I haven't yawned yet.  But I'm going to give this sleep thing another try.
Posted by Satia at 11:48 PM 1 comment: