Reading the Bible Because . . .

I know someone who has been struggling with her family’s faith and her own lack thereof.  Social media seems to be exacerbating the situation.  The things we would not say when sitting with family at a dinner table ends up being shared promiscuously online.  One family member shares a Christian meme and another shares it or shares another and then the skeptic shares a science related meme.  So one family member feels offended and does the “mature” thing by unfriending the "Doubting Thomas" who then feels hurt and says something inspiring another family member to justify what they are sharing as a sincere expression of faith, etc.

Thankfully, there is a lot of love and, as the Bible says, love covers a multitude of sins (I Peter 4:8).  There has been reconciliation between the family members and all is well but there are delicate and hurt feelings on all sides.  I suggested to this person that she might want to read the Bible for herself.  So few Christians do, after all.  Rob and his mother were oblivious to what translation of the Bible they read and both were raised in the church.  I’ve had many Christian friends who have never successfully read through the Bible although most claim they have tried.  Tried and failed because it’s too hard and some of the parts of the Bible are so boring.

So this person and I will be reading through the Bible, cover-to-cover, in 90 days, give or take.  I say “give or take” because we’re allowing a little space to maybe read it in four or five months rather than three but I had reasons for wanting to do it in less, rather than more, time.

One, there are parts of the Bible that are tedious to read even when you believe each and every word is a direct inspiration from God.  But when you do not believe this or hold any skepticism about this, these sections become unbearable.  Faith in what you are reading can be a strong enough reason “why” to keep you reading when you are suffering through these sections.  Where there is no faith, however, it becomes easier to bog down in “Why am I doing this again?”

Two, reading quickly allows for making connections where none would have been made otherwise.  If you read something in January and then, in October, read something else, you may not remember what you read in January well enough to make the synaptic connections that come with critical and intelligent thinking.  However, when you are reading only through March (or April), it is easier to remember that bit you read in January and the recollection can be better related with the more recent reading.

Three, I’ve read through the Bible in three months’ time before and I was not aware that now it is “a thing” complete with special Bibles and programs in churches and . . . well, you know, it apparently is oh so trendy.  That isn’t really the reason for me to suggest it, however.  Frankly, having done it before, I remember really enjoying the experience.  Also, I don’t really want to spend an entire year reading the Bible.  When another person I knew and I decided to study Catholicism, I read through a Catholic Bible in six months’ time and that was mostly because I was 1) doing it with her and I loved her enough to read the Bible again and 2) I was curious about Catholicism in general and wanted to read the “Apochryphal” books.  It was an interesting experience but it didn’t result in my eagerly picking up the Bible again when I was done.

My hope in reading the Bible this time is to help someone for whom I care a great deal to come to terms with a few things about her own faith (or lack thereof) and her family’s beliefs.  Perhaps she can see how expressions of faith, made by sincere believers, are meant to be a mitzvah, a blessing, a gift.  After all, sharing something you love with someone you love should be considered an act of love.

Feeling safe is important and, for this person, reading the Bible with her family members wouldn’t be an option because they would feel compelled to help her “see the light” and read the Bible the same way as they, believing as they do and interpreting it through their faith rather than having an openness for discovery beyond doctrine and familiar teachings.

Not that she is completely oblivious of church teachings because her family sent her to a Christian school and her step-father occasionally preaches.   They are Methodist and I am not.  We won’t be studying the text.  We won’t even be interpreting the text.  The purpose is to just read it, to become familiar with it.  If she wants to take it deeper, we can always do that later but, for now, a quick read through is all either of us is interested in doing.

As for the translation, the family’s church officially uses the Revised Standard but I recommended the New International which I feel is easier to not only understand but to appreciate.  And that is all she wants to do, to break through the feeling that she’s having other people’s faith shoved down her throat.  If I can help her build some bridges, that would be an honor for me.

And who knows?  Maybe by the time we finish reading the Bible everyone involved will figure out how to use the filter and mute features in facebook because a lot of this drama could easily be avoided if everyone showed a little compassion and consideration.  But that's how I interpret the Golden Rule.  Treat others as you would be treated.  Sometimes this means saying nothing.  Sometimes this means speaking out.  Never does it suggest that you should say what you want to say, knowing that the other person not only does not want to hear it but does not need to hear it.  And therein lies the problem because sometimes people think they know what someone else needs and feel justified in doing what they do.  But I'll write more about that in another post, I'm sure.

Well, between my laptop deciding to implode on me and finishing up the certification course and taking the certification exam before I took the final for the course, immediately followed by Christmas which included my son Marc coming into town for a few days, you can imagine how wonderfully crazy things have been.

Okay.  So maybe the preparing for the exam and taking the final after taking the exam was not wonderful.  It was stressful and frustrating while also being a clear statement of my expectations for bigger better things in 2013.

My friend Pia sent me this quick text this morning:  I love reading about the joy your family brings you! 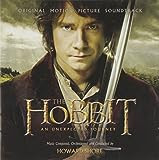 That is how I am feeling.  Marc arrived on Sunday and we’ve been enjoying him to the fullest.  He and Matt went out to buy Bibi a Christmas present and, on Monday morning, Joe came over and I had the pleasure of making our traditional Christmas Eve breakfast—Egg Nog Cream of Wheat.  Rob doesn’t like it because, truth be told, you really have to like egg nog to like this but it was fun to have my boys here, starting our Christmas Eve off with a family tradition with only Shira missing.

Shira came later on Christmas Eve and helped amuse Marc as I continued to prepare for the big day.  I was still making the numbered gift tags and I’ve decided that in 2013 I’m going to work on making something more permanent using scrapbooking techniques and maybe some holiday cards from previous years.  Doing this will save me the bother of making new tags each and every year.

(By now you’ve noticed I’m already giving myself a reading challenge and promising myself to use my scrapbooking resources.  I have more commitments coming.  I'll write more posts soon.)

Our traditional Christmas Eve dinner is pizza and Rob made some really good ones, making sure that Shira and Marc both had their favorites (spinach white pizza and sausage, respectively).  I was truly satiated by the time we were done.  Then we watched How to Train Your Dragon which Rob and I had already watched and enjoyed very much.  The “children” both liked it as well.

I was up after midnight and Rob was up later still but that didn’t keep us all from being up earlier than Joe, Erin, and Brianna, apparently.  Not that it mattered.  I still wasn’t ready when they showed up.  I should have enlisted some help but I have it all settled down into a routine that doesn’t require a lot of thought from me.

My not being ready allowed time for everyone to settle in before we began unwrapping gifts, most of which were for Bibi but too many were also there for me and Rob.  Nothing too much but enough to make me feel badly that I couldn’t not give my children more.

Of course there was a moment where Bibi was frustrated and another when she cried. We expect these things to happen.  Especially when she’s had so much happening from one day to the next.  (Bear in mind, on the day my laptop left my side, we took her to Build-a-Bear where we spent the money my mother to us for the purpose of her choosing a gift for herself and some outfits and such.  That was a Tuesday and her birthday was the 16th, a Monday so we had a birthday with gifts and cake.  Then there was birthday with Erin’s family and Christmas with Erin’s family and then more Christmas so this poor child was understandably overwhelmed, over-stimulated, and exhausted.  Heck!  I was exhausted for her.)

Once again, I simply must say that the year I came up with the idea of doing a buffet rather than cooking was a brilliant move on my part.  I shall never regret that decision.  We had cheese and pâté, cookies and mints, fresh fruit and nuts.  When Thomas arrived with a box of chocolates, we added that to the buffet.  When Adam showed up with his adorable girlfriend, we settled down to play some board games.  Apples to Apples and Munchkin.

This year, everyone stayed fairly late in spite of the fact that Erin had an early start to her day.  In spite of her needing to be at work at 4am, they were all here after 10:30.  I was up until midnight, cleaning dishes and such but the place looked remarkably clean, all things considered.  You cannot imagine how chaotic things were.  It looked like several things exploded but, by the time everyone had gone, it honestly didn’t look that bad.

The best gift I got?  Well, I’ve inserted images of the things I received but the best gift of all was having my family all here.  I wanted Rob to go home this year to see his family but, when I knew Marc would be here for Christmas, I was grateful we couldn’t afford to send him home for the holidays.  Selfish person that I am, having him her—with Marc, with Shira, with Joe and Erin and Bibi—made my holiday as perfect as perfect could be.
Posted by Satia at 2:17 PM No comments: