In the days leading up to that day, I was gathering some of my older writing with the intention of creating some post-dated blog posts that would come up every day while I was out of town.  Thursday morning Rob and I went to the store to buy some last minute traveling needs and we picked up two new toys—one for Romanov, one for Snowdoll.  We do this every year on our birthdays, mine and Rob’s and sometimes even on the puppies’.  The truth is, Snowdoll doesn’t really care. Romanov loves having new toys and, whenever he receives a new toy, he is so happy, so eager to show it off, that, whenever someone comes over, he will grab his new toy and bring it the way a small child does, showing off the latest, greatest toy.

So we found toys, chosen for their texture, one Romanov particularly likes in his toys. It would give him something new to enjoy before the surgery and then, again, when he had recovered from the surgery.  And with the surgery that Friday, a new toy was timely.

Of course, the surgery itself was scheduled around my birthday because we used my birthday gift money to pay for the surgery.  Romanov had a sort of ulcerated sore near his anus and, although it was critical or even necessary for him to have the surgery, we wanted him to feel more comfortable.  So I paid for the unnecessary surgery that killed him.

Friday morning, Rob took Romanov to the veterinarians and came home as we waited to receive the call to tell us Romanov was out of surgery, recovering from the anesthesia, and would be ready to come home.  The vet called hours earlier than we anticipated, explaining that the blood work revealed Romanov has stage 4 cancer and the surgery wouldn’t do more than make him more comfortable.  I didn’t want to proceed, knowing that stage 4 cancer is incurable, that we might need the money to make the ultimate decision for him, to provide him with the necessary pain medication to alleviate the pain that comes with pervasive, metastasized cancer.  Rob pointed out that we should do anything we could to make Romanov more comfortable, and I agreed.  We gave the vet the green light to go ahead and perform the surgery.  Then we waited again for the call. 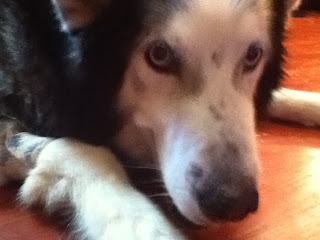 We received it.  Romanov had come through the surgery well.  The vet had removed a tumor the size of a handball and excised the ulcerated flesh, using sutures that would gradually resolve. We scheduled a post-surgery follow-up and Romanov came home.  He could barely walk and it took more than a few minutes and some help from Rob to get him into the house.  He was so very doped up that he collapsed as soon as he was in the door and Rob had to push him aside to close it.  Sprawled out as he was, we let him lie there, undisturbed, and we stayed in the same room with him, not wanting him to be left alone.

Saturday we had maneuvered Romanov onto a sheet so we could more easily move him from room to room, something he didn’t especially like.  I insisted he be moved to the great room because it has carpeting which would be easier for his puppy paws to “grip” when he was ready to get up. He wouldn’t eat but he would take some water.  Only a small amount.  We even raised the blinds so he could look out the window, to enjoy the view of birds or chipmunks hopping about.  We’d laid out some plastic so we wouldn’t have to worry about Romanov urinating, lay blankets beneath him, which we changed out, whenever he did. 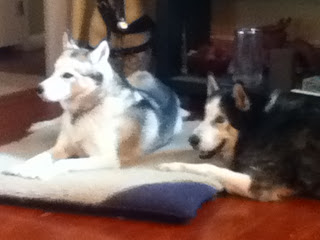 That day, I only left Romanov’s side to use the bathroom or refill my glass of water.  At the suggestion of the vet, we slipped a towel around Romanov’s body and used this to help lift him onto his feet, sort like a belt, enabling him to walk a few steps around the room.  We did everything we could in the room.  I exercised.  We ate dinner.  Everything close to where Romanov lay.  And, when it was time for us to go to bed, we lifted the sheet and carried Romanov into the bedroom where we already had some plastic and a quilted blanket waiting for him.  We even lay him comfortably on his side on his favorite side of the bedroom.  Thanks to the pain medication, we all slept better that night.

Better but not well.

Sunday, I suggested to Rob we get some chicken so I could make some broth and buy some organic broth for him in the meantime.  When we moved Romanov into the great room from the bedroom, I noticed his paws were unusually cold.  I took my meditation blanket and lay it across him, trying to warm him up.  I went over to Romanov several times, holding first one paw and then another in my hands, trying to warm them up, concerned that I could not.  I got up to get myself a drink of water and noticed, as I passed him, that his eyes were rolled up in the way that scares me when he is sleeping with his eyes open.  I normally would wake him up because it disturbs me so much but this time, because I knew he was supposed to be recovering, I just slipped by as quietly as I could.

When I walked back into the room his eyes were open.  His eyes were open, and I stopped because, in that instant, I knew.  I sat down beside him, staring at the blanket, willing it to move, to rise, to show some indication of breathing.  And it seemed to move, of course, because the vertigo will cause things to move in and out, because I wanted it so very much, because my will desired nothing more than to see Romanov breathing in that moment.

I reached under the blanket. I touched his ribs, to feel his heart or breath or anything.  He was cold beyond his paws now.  He was gone.  I knew this.  I picked up my phone which I had kept close throughout. I called Rob.

I could not put an answer into words because words would make it more real.  I hung up.  I put the phone down.  I put my hands on Romanov, buried my finger in his fur, started to cry.  I even tried to close his eyes but could not.  His eyes would not close.  I took his paw in my hands again.  So cold.  I sat away from him, making space for Snowdoll as I called her over.

She wanted nothing to do with him.  She just looked and rushed away.  She knew as well.

When Rob came in, he left the bags in the kitchen and came into the great room, dropping down beside where Romanov lay.  He bowed himself over Romanov, sobbing as I had been, wrapping his arms around him. “Come on, buddy.  Come on.”  I think I said something about its being too late.  Rob’s hat fell askew as he buried his face into the same fur where I had buried my fingers.  Rob was prepared to simply bury Romanov in the back yard but I became hysterical, fell to my knees, demanding we have him cremated.  We had to do this.  I didn’t care if we couldn’t pay the IRS or buy food for a week or a month or a year.  We had to have Romanov cremated.

Rob demurred.  After all, we both want to be cremated, and Romanov deserves the same honor we would choose for ourselves. 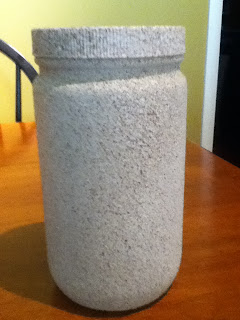 I made the calls to find a cremation service drawing on a list of resources I had already created to help a friend whose dog is in decline but still with us even as I write this nearly four weeks after Romanov died.  I chose well.  While we waited for the man to arrive, I remembered we had never made the paw print imprint with the kit I’d bought years ago while out shopping with Mary.  I started hysterically crying again, not even realizing I had stopped.  “We have to get his paw print.  We have to do this.  We have to do it now.”  Rob clipped some of Romanov’s pad fur and we prepared the mixture, working together to get the best print we could.

The man who came to take Romanov for cremation complimented Snowdoll on how beautiful she is, complimented Romanov as well, saying what a beautiful dog he is.  He was.  Rob suggested that I go into the bedroom while they took care of things.  I wanted to protest but I saw the body bag and realized I wasn’t strong enough for any of this.  I took Snowdoll into the bedroom and we waited there.  While we were in the other room I didn’t know that the mand had brought with him a way to get a paw print from Romanov so we made a wonderful choice and he left with Romanov and we had two paw prints for him.

That was four weeks ago today.  A couple of days later, the man returned with the ashes in a sort of jar that had been painted with stone texture paint.  I had already decided I wanted a memorial pendant.  Rob wanted one as well.  We offered the man a tip, at least to pay for the gas coming to our home, but he refused, asking only that we send him photos of both our dogs because he had been telling his wife how beautiful our dogs are.  Were.  Are.

I don’t cry every day now. Only every Thursday, Friday, Saturday, and always on a Sunday.  I hold onto the grief because that is the only way I can hold onto him.  For now.  Eventually I’ll reach the point where I can let it all go.  I’m just not there yet.  Not now.  Not yet.