The belief in a God who can and does modify the laws of nature will-nilly makes no logical sense, as if God could, in response to fervent prayer, change the direction of a fierce storm or empty a parking space near the door of the mall when it’s raining.  By the same token, the belief in a God who could rescue innocent sufferers but chooses to stand idly by makes no moral sense.  (73)

Male dominance remains so pervasive in our culture that it rarely needs to be asserted . . . Yes, we need to change our children’s storybooks and toys, but we also need to change the underlying cultural assumptions about how we know and what’s divine.  (74)

. . . I believe this experience of being extensively connected to the universe and utterly dependent upon it is an absolutely necessary aspect of fulfilling human life.  (78)

(And then four pages later.)

You are never dedicated to something you have complete confidence in.  No one is fanatically shouting that the sun is going to rise tomorrow.  They know it is going to rise tomorrow.  When people are fanatically dedicated to political or religious faiths or any other kinds of dogmas or goals, it’s always because these dogmas or goals are in doubt.  (134)

. . . You look at where you’re going and where you are and it never makes sense, but then you look back at where you’ve been and a pattern seems to emerge.  And if you project forward from that pattern, then sometimes you can come up with something.  (149)

It’s nice to start journeys pleasantly, even when you know they won’t end that way.  (170)

The War of Art

What are we trying to heal?  The athlete knows the day will never come when he wakes up pain-free.  He has to play hurt.  (48)

I’m keenly aware of the Principle of Priority, which states (a) you must know the difference between what is urgent and what is important, and (b) you must do what’s important first.  (65)

Do I really believe that my work is crucial to the planet’s survival?  Of course not.  But it’s as important to me as catching that mouse is to the hawk circling outside my window.  He’s hungry.  He needs a kill.  So do I.  (65-66)

Nothing is as empowering as real-world validation, even if it’s for failure.  (71)

[The professional] eliminates chaos from his world in order to banish it from his mind.  (77)

I don’t get why I need to prove my love to you by remembering the exact same things you do, the exact same way you do.  It doesn’t mean I don’t love our life together.  (20)

I can’t recall a single amazing thing I have seen firsthand that I didn’t immediately reference to a movie or TV show.  (72)

I guess that’s what husbands are for.  To point out what we can’t see for ourselves, even if it takes five years.  (109)

Marriage is compromise and hard work, and then more hard work and communication and compromise.  And then work.  (121)

The recipe for anxiety in a child is probably some parts inherited, some parts learned, a portion parenting—all stirred by experiences with peers.   (kindle)

As a parent, you’ll need to build your tolerance for doubt and helplessness and be able to forgive yourself for past mistakes.   (kindle)

The basics, like sleep and play and quiet time, are essential to everyone’s well-being. (kindle)

Anticipating an event, then scaring ourselves, and then avoiding the event so that we’re no longer scared can become a self-reinforcing pattern that is difficult to break.  (kindle)

Up the Down Staircase

The frightening thing is their unquestioning acceptance of whatever is taught to them by anyone in front of the room. . . . [I]t doesn’t occur to them to think.  (69)

I wish I’d had real training instead of a few Ped courses and six months of pupil-teaching.  I feel so inadequate!  (116)

Right now . . .is the critical time in the children’s lives—their last chance to turn into what they will eventually be.  (133)

And that’s it: that’s why I want to teach; that’s the one and only compensation: to make a permanent difference in the life of a child.  (137)

Those who educate children well are more to be honored than parents.  For these only gave life, those the art of living well.  Aristotle  (138)

Rather, Siddhartha is a dead man and a living ideal. (kindle)

The sacred is a fine hiding place for the profane. (kindle)

[I]gnorance of the Other engenders fear; fear engenders hatred; hatred engenders violence; violence engenders further violence until the only “rights,” the only law, are whatever is willed by the most powerful.  (kindle)

[N]othing is as eloquent as nothing.  (kindle)

Where I Am With My Exercises

This week I’m trying to shift my exercising in a new direction, something that’s inevitably easier said than done.  Habits are easy to maintain but they are not so easily put into place.

Mind you, some things are easy.  I have a dog to remind me to go for a walk.  And I enjoy doing my morning yoga, although there are days I almost enjoy staying in bed more.  So walking and yoga are easy for me to accomplish on a regular basis but the rest I have to motivate myself to do.

Especially strength training.  I find it boring.  I know what to do.  I know about good form and the necessity of building muscle mass to support ongoing weight loss.  But I’d rather go for a walk or read a book while I pedal on the bike (which I can’t do because it hurts my knees) or even follow along with a cardio dvd—more walking or belly dancing or whatever.

They say “Find something you enjoy doing and do that.”  I have but what I like is not a well-rounded routine and if I expect to see the changes in my body I want to see and to avoid the changes that “inevitably” come with age, I have to commit to doing more strength training.  Which means, making use of my free weights, trying to find my POF (point of failure) and ways to build strength in my legs without hurting my already delicate knees.  (If only I could lose 10 more pounds, I wouldn’t have to be so cautious all the damn time!)

Besides free weights (5/8/12 lbs), I have resistance bands and resistance cords of various tensions.  I even have a door anchor that allows me to do more exercises for the back and chest than I could or would otherwise.

I just need to bite the bullet and do what I do not enjoy doing.  *sigh*
Posted by Satia at 8:39 AM 8 comments:

This week was wonderfully banal. 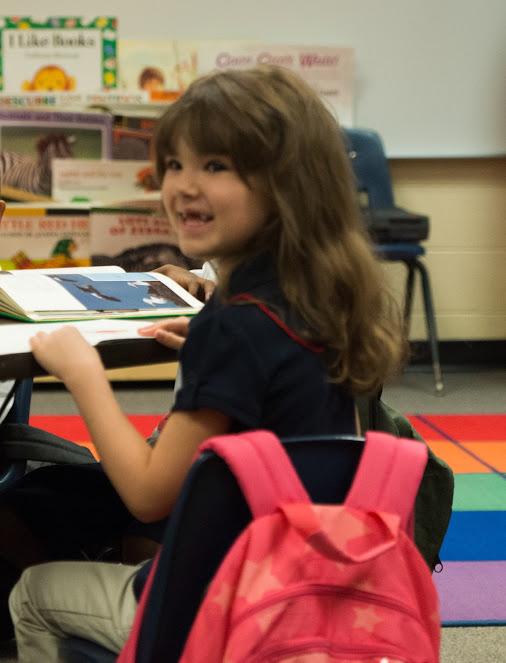 On Monday, Rob and I met with Joe & Co for kindergarten orientation.  We met her teacher, the para-teacher, saw her classroom, some of the classroom materials, and there were all these wonderful things that were familiar for Bibi because we’ve been investing in random things that I know will be useful to her personal development.  Books, obviously.  But other things like lace-up cards, math manipulatives, etc.  Asked a few questions about school supplies, homework, and Bibi was as happy as happy could be.

When we were home, we had a quick dinner and afterwards I went out to pick some figs.  I did not, however, put on any shoes so, when I stepped on a bee, the inevitable happened.  I was stung by a bee.  This was my first time being stung, ever.  There was no telling how I would react.  I am happy to say that I am not allergic to bee stings.  Yaaaaay!  But holy crap, bee stings hurt!  I hope it never happens again.  And I lost a day of doing much of anything because the bee stung me on the bottom of one of my toes.  I had to walk with my foot twisted so my toe wouldn’t touch the floor.

With a balance disorder.

But that pain lasted only one day and tried to catch up with everything which inevitably led to my hurting myself in a whole new way.  I really need to be more gentle with myself.  My knee was troubling me.  Is troubling me.  I haven’t been able to do my sun salutations.  The biggest thing was that I couldn’t do my plank challenge.  After all, my toe can’t contact the ground.  How am I going to do a plank?

Enter Rob, with his brilliant suggestion that I do a reverse plank.  I couldn’t hold it as long as I have been the regular plank but I did it and so the August challenge holds.  Hold is the key word here because I’m holding steady at 1:30 minutes.  I can’t do more.  Yet.  I figure if last month I could go from not being able to land my left foot between my hands during my sun salutations, I am sure that I’ll have a surprising breath-through if I just don’t give up.  And I won’t.

This week . . . Oh it’s going to be dull.  Rob is heading out of town and I’ll be home alone.  Snowdoll and I will go out for our morning walks.  I’ll read.  I’ll be eating foods I enjoy (tofu, spinach, ginger) and eating leftovers.  I may take advantage of the solitude to focus on some meditating and reading.  I may do some crafting.  It really depends.  Today I’ll be making a list of things I hope to accomplish so I can prioritize what is most important.

Or maybe I’ll just sleep in and watch boring television shows.  I could do that just as easily.
Posted by Satia at 8:25 AM 2 comments: