Really, is there any surprise that I would choose to rewatch Doctor Who?  Wouldn't you?  I really love Christopher Eccleston in the role.  I suppose I can't say much because I don't want to cause any spoilers.  It took me a few episodes before I became excited with the show but once I was hooked, I was binge-watching, several episodes a day.  I don't know that anyone and everyone would love the show but I can see why those who do are downright fanatical, even passionate.  I suppose if we happen to see a blue police box on our trip, I'll want to take a picture but I don't think we'll be going out of our way to find one.

I Give It a Year

I loved the premise of this film, a sort of anti-romantic-comedy.  A couple marry and quickly realize that maybe they made a huge mistake.  It doesn't help that their friends all agree and doubt the success of their marriage.  Plus, there is the temptation of other people, more suited to the two.

I was hoping for some dark, wry humor.  Instead, I found the movie a bit silly and not nearly as funny as it could have been.  Oh yes, and very predictable. 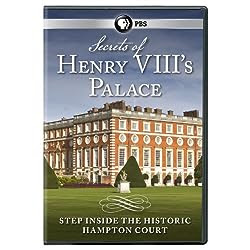 Our trip is well timed because we'll be able to visit some of the palaces and castles.  We won't be there long enough to tour them all but who would want to do that in one trip anyway?  Hampton Court, however, is not our list of places to see.  But oh it's hard to resist after watching this.  There are some gorgeous tapestries I have only seen in books and the architecture of parts of the palace are gilded and oh so pretty.  I am hard pressed not to add it to our places to go and things to see.

This is another rewatch for me.  There aren't many Jane Austen stories that I could easily find that I haven't already seen and how could I possibly not watch a Jane Austen film?  Ang Lee's direction is so subtle, so beautiful.  There is a perfect delicacy to his work that is ideal for period pieces.  (Of course, I say this knowing that I adored what he did in Brokeback Mountain and that can hardly qualify as a period piece.)  The casting is very good and, although this is not my favorite Austen story, I did enjoy this elegant film every time I've watched it.
Posted by Satia at 8:00 AM