On Saturday, we had confirmed the car we scheduled to pick us up and, more importantly, we picked up some Dramamine for Rob.  Truth is, we didn’t know why Rob was getting so sick every time we flew anywhere.  He says he never used to have trouble flying when he was younger, before he was diagnosed with diabetes.  There’s no telling why he’s having trouble now, but we figured getting him some Dramamine couldn’t hurt.  If he still got sick then air sickness is not the issue.  And if he didn’t get sick on the flight home, we could fly with him from now on without worry.

This put some responsibility on me, of course.  Dramamine needs to be taken 2 hours before you leave and, if you are taking a long flight, which we obviously were, taken again 2 hours before landing.  I had to make sure I would be awake to take a second dose.  But I was more than willing to do so if it meant he wouldn’t be throwing up everywhere upon our return home.

I had already packed most of our things the day before, because I hate scrambling around at the last minute.  I took a shower before we went down for breakfast.  This is why, when we were done with breakfast, we were able to return to our room and relax.  Or we could have done that, anyway, but we decided to go out for one more walk around the area to find a Starbucks.

I know.  I can hear it now.  Why would I go to Starbucks in another country when we have them here?  Well, for one thing, I had promised my son Marc I would go.  For another, he wanted me to go because Starbucks in other countries offers unique menu items.  I mean, I’ve never seen a drink with elderberries on any menu in the US.  But it was pretty cool outside so I opted for a hot drink and ordered a mocha coconut.  That’s right.  I resisted the nearly irresistible temptation of ordering a pumpkin spice latté.  And believe me, they wanted me to order one.

As we walked back to the hotel, we saw some chalk drawings telling us to turn right at the corner for more awesome art.  Intrigued, we followed the instructions and found a couple more drawings leading us to where a homeless man was lying down beside the most elaborate drawing of all.  We left him a tip and quietly left because he was asleep.  A couple of blocks later, we passed another homeless person, this one in a pop tent.  I marveled at this because there were two cabbies standing nearby.

I don’t know why the homeless people could so openly and easily lie out in the open.  We had passed a woman on our way to Starbucks who was asleep and, on our way back, was picking up her bedding and the cardboard she used to keep herself from being on the concrete of the sidewalk.  So we passed three homeless people, none of whom seemed to be harassed by law enforcement or anyone else, for that matter.  Were they treated with more compassion, more tolerance, and therefore less aggressive in approaching people for money?  We had passed a few of people in our many meanders around London, had been asked for money, but it was never so aggressive that we felt uncomfortable or a need to move with more haste to get away.

We checked out and did not have to wait very long for our car at all.  On the drive back to the airport, we passed some more charming buildings and I took a few last pictures.  The thought of returning to Atlanta left me feeling sad.  I honestly felt more at home in London than I have ever felt in the over 20 years of living in Atlanta and the only reason I wanted to return can be summed up in three words:  my loved ones.  My children, my dogs, and my mother are here in the US.  Otherwise, I would have happily stayed forever.

We had a little trouble finding our gate at Heathrow because I misread the sign that explains what gate we needed to find.  But before we even looked for it, Rob and I sought out some last minute gifts for Erin and found a card for my step-father to thank him for what had proven to be a perfectly wonderful trip (in spite of Rob being so sick when we first arrived).

At the gate we learned that our plane had a technical issue with the entertainment system and there would be no movies and no music on the flight.  Ugh.  Over 9 hours trapped on a plane and we would not be able to distract ourselves with a movie or music? Not fair!  Lucky for me, I had my e-reader or I might have been in trouble.  Lucky for Rob, he fell asleep right after dessert and slept the rest of the time.  I tried to do the same but I woke up after only a short nap, alert and unable to sleep.  I plugged into my iPhone and listened to the music I had downloaded.  Good thing I’d put some music on it before leaving for London.

Although I had asked the flight attendant to tell me when we were about 2 hours away from landing, and explained why I needed to know, she did not do so until we were closer to 1 hour away from landing.  Fortunately, I was awake anyway and I woke Rob up from his sound sleep.  He took his second dose and, I am so happy to say, did not get ill.  That’s right, people, we finally know what we can do to keep Rob from wasting any time being sick when we fly.  Woohoo!

We passed through customs easily enough but the walk from the gate to baggage claim was unbelievable and long.  I mean, I appreciate the fact that when you have been sitting on a plane for hours (with no entertainment to distract you, no less), the opportunity to walk around is nice.  However, this was above and beyond tolerable.  I wish someone had warned me about how very far we would have to walk, then stand in a queue for customs, then walk still more before we would be able to grab our suitcases and step outside.

Joe was our driver for the evening but he went to the wrong terminal.  It could have been worse and he soon pulled up to where he should have been waiting for us.  I shall tease my son about this for the rest of our lives, I’m sure.  He surprised us by bringing Bibi along for the ride.  Which was wonderful.  We got to share about our trip as we made our way home.

Home, where our two puppies were waiting patiently for us to release them.  Okay.  Not so patiently.  But they were super happy to see us.  Holly didn’t even bother to say hello to me.  Snowdoll, on the other hand, came to me first, then went to Rob, then back to me, then back to Rob, then settled by me.  This was the best part of our return, being given kisses and hugs by Bibi and Joe and receiving many puppy kisses from our two girls.

The worst part?  Holly had several scrapes and cuts all around her muzzle and on her lips.  The sheets and pillowcases and blankets were not on the beds (they were in the washer and dryer and even those in the dryer were not yet fully dry).  So we came home to one our dogs showing signs of being hurt on several different occasions (probably from trying to get out of the crate because she was left in there for too long and too often) and having to do housework.  I had to finish drying the linens, make the bed, before we could even go to sleep.  And we were both exhausted and distraught at seeing Holly’s marked muzzle.

But we were home, back to reality, and is it really any wonder that I was ready to not unpack my suitcase and return to London mere moments after returning home? 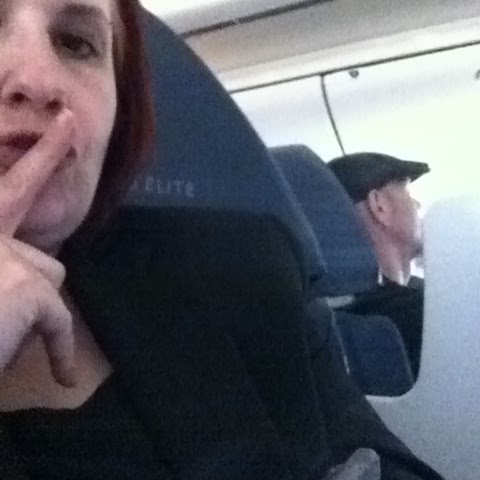